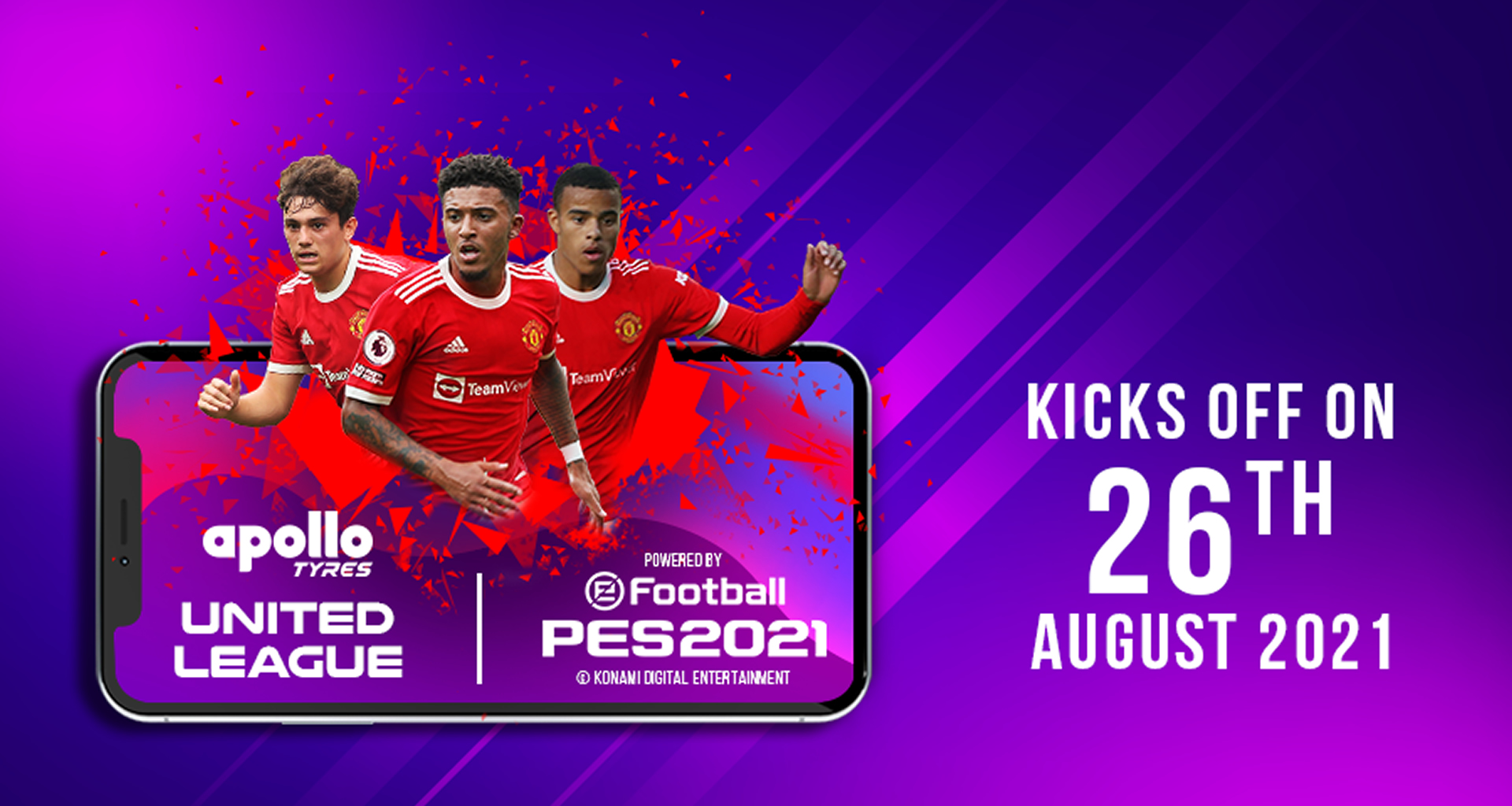 Leading tyre maker, Apollo Tyres and global video game publisher KONAMI, in association with Manchester United, today announced the launch of ‘Apollo Tyres United League’, an ambitious eSports Tournament played on eFootball PES 2021 for mobile. The mobile-based eSports Tournament will be held across multiple regions -- India, Australia, South Africa, Middle East, South East Asia, Sri Lanka and Nepal -- and will be first-of-its-kind both in terms of the format of the tournament and the overall partnership.

Apollo Tyres is the Global Tyre Partner of Manchester United Football Club and KONAMI is the Official Video Game Partner of the iconic English Football Club, and this is the first time that Apollo Tyres is conducting an initiative of this scale for eSports. The ‘Apollo Tyres United League’ will be held in 3 categories, one each for Beginner, Intermediate and Advanced levels, and more than a million gamers are expected to participate. The three winners across the categories stand a chance to win the grand prize -- a trip to Old Trafford that includes a matchday experience at the hallowed stadium and the chance to play in-person against Manchester United’s eSports players.

The first phase of the tournament kickstarts on August 26, 2021. The finals will be played on September 1 and the winners of the Apollo Tyres United League shall be announced on September 7, 2021.

“As eSports grows bigger and bigger in India, as well as globally, it presents us with a unique opportunity to engage with our existing and potential consumer base among Generation Z and the young millennials. We feel that the Apollo Tyres United League is the perfect opportunity for us to mark our foray into the ever-growing bandwagon of eSports, complementing our existing investments in football, internationally as well as for the domestic market”, said Satish Sharma, President, Asia Pacific, Middle East & Africa (APMEA), Apollo Tyres Ltd.

In India alone, it is estimated that there are more than 150,000 professional eSports players with a viewership of over 17 million people and these numbers are set to grow exponentially over the next few years. KONAMI’s eFootball series, which is the gaming title for Apollo Tyres United League, has a long history of supporting eSports in the region, with PES 2018 featured in the 2018 Asian Games.

“Exploring shared partnerships through our eFootball partner clubs has been an area of great interest, and I am very happy that this collaboration between Apollo Tyres, Manchester United and KONAMI has become a reality. Our company will continue to innovate in eSports; finding new ways to support mobile eSports players as well as console”, commented Naoki Morita, European President at KONAMI Digital Entertainment B.V.

“It is fantastic to see Apollo Tyres and KONAMI collaborating in such an exciting and innovative way, bringing a new kind of engagement to hundreds of thousands of Manchester United fans across many regions. This collaboration is a great example of the kinds of relationships we nurture and encourage amongst our commercial partners, driving awareness and real business impact for both brands”, said Sean Jefferson, Director of Partnerships, Manchester United.