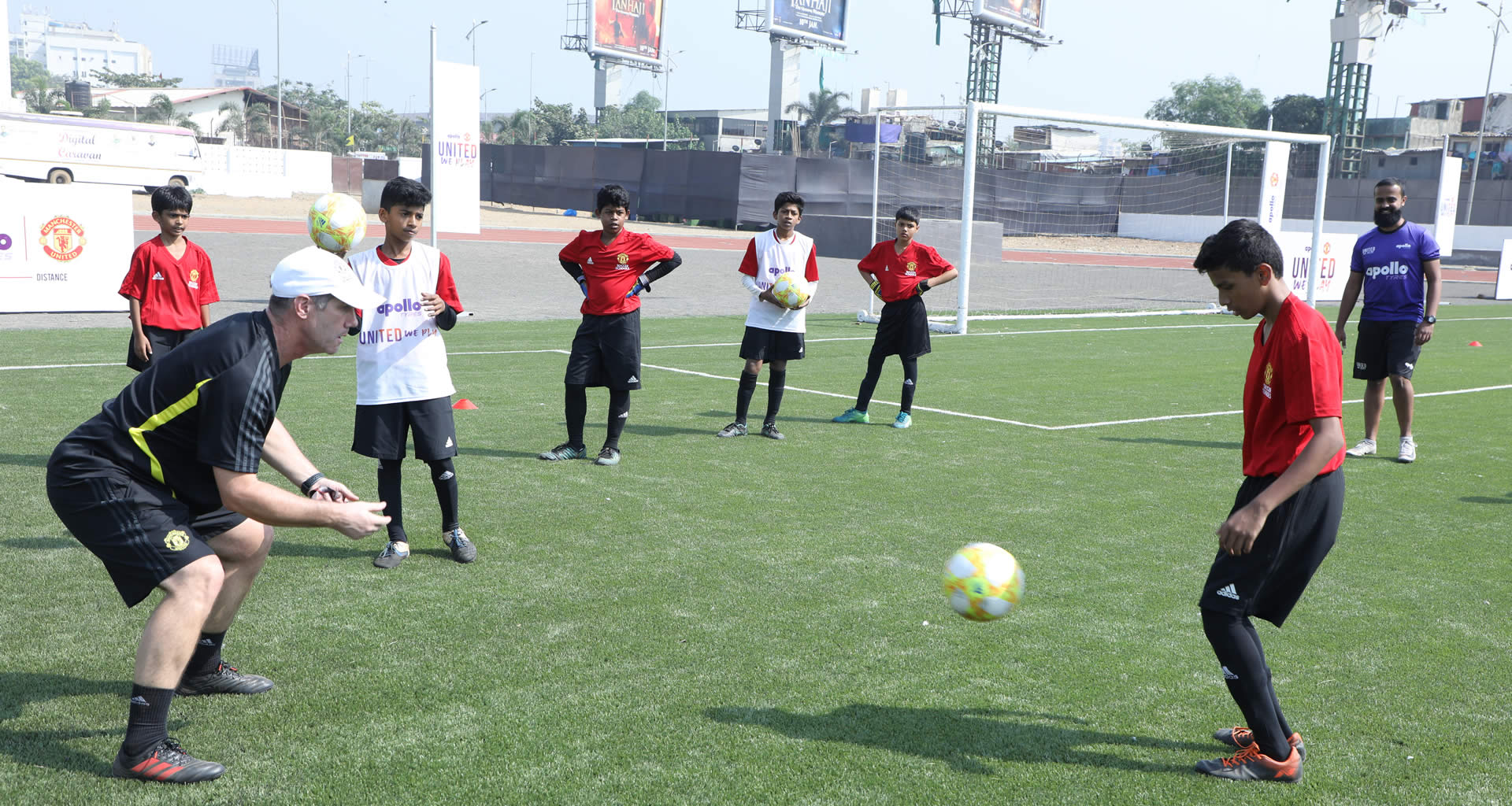 Launch of second edition of ‘United We Play’

Leading tyre maker, Apollo Tyres has announced the launch of the second season of United We Play, the on-ground selection trials in association with Manchester United. Subject to regulations and restrictions around Covid-19, the grassroots programme is scheduled to begin in February 2022 and will go on till April this year. Through two rounds of selection trials, Apollo Tyres and Manchester United Soccer School coaches will select 3 – 5 young footballers to visit the iconic Old Trafford Stadium in Manchester as well as the opportunity to participate in a training session.

The second season of United We Play was launched with a virtual interaction with Manchester United legend Dimitar Berbatov, where he spoke about the importance of grassroots development, and initiatives like United We Play that encourage young footballers to participate in sports. While restrictions around gatherings are still in place, Apollo Tyres has been conducting online masterclasses, accompanied by skills challenges with lots of exciting prizes on offer. As a precursor to the launch, online workshops with Denis Irwin were held, introducing players to the Manchester United training philosophy.

The second season of United We Play will be conducted across 19 markets in India, in a hybrid format comprising 10 virtual workshops and Masterclasses across 12 markets, and an on-ground leg across 8 markets in two phases, with a potential outreach to over 6,000 aspiring players. As part of United We Play, Indian coaches will undergo a development programme under the Manchester United Soccer School coaches, post which they will conduct the first round of trials to shortlist the top players from each market. The second phase of trials will be conducted by Manchester United Soccer School coaches, who will shortlist around 5 players. Subject to travel allowances, the shortlisted players will be given a once in a lifetime opportunity to visit Old Trafford to participate in exciting activities like a matchday experience, training session with Manchester United Soccer School coaches, and legend interactions.

Mike Neary, Head of Manchester United Soccer Schools, said “The Club is delighted to be working with Apollo Tyres on the second season of ‘United We Play.’ The popularity of football in India is ever increasing and it is encouraging to see the number of young players who are keen to learn more about the game. Apollo are at the forefront of this and have been a huge advocate of grassroots football.

“The programmes we use at the Manchester United Soccer Schools teach young players not only football skills but also lessons they can go on and use in everyday life, like teamwork, dedication, hard work and respect. We hope all of the participants in ‘United We Play’ take gain from their experience and learn skills that set them up for the future.”

Rajesh Dahiya, Vice President, Marketing, Sales and Service (India, SAARC and Oceania), Apollo Tyres Ltd, said, “We have been associated with football for a long time now and initiatives like United We Play, is our attempt to give aspiring Indian footballers a global platform to showcase their talent with a club like Manchester United. At Apollo Tyres, we were really encouraged to see the response to the first edition and are happy to announce the second edition of the programme which promises to be much bigger and better. It will surely be exciting to see the kind of footballing talent that comes to the fore this year.”

The theme for this edition of United We Play, as envisioned by Apollo Tyres and Manchester United, is ‘Access to Sports’ with the aim of creating access to global standards in player development and engaging the youth via sport even without access to open spaces. In addition to being the Global Tyre Partner of Manchester United Football Club, Apollo Tyres, in India, has a presence in Indian Super League (ISL), being the principal sponsor of Chennaiyin FC.